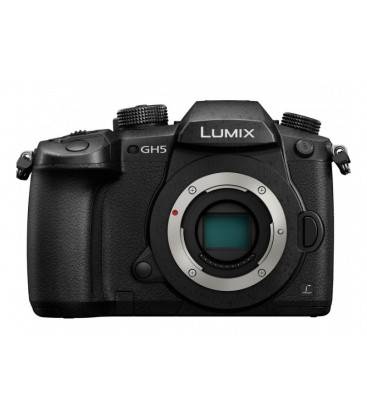 By buying this product you can collect up to 15 loyalty points. Your cart will total 15 points that can be converted into a voucher of 15,00€. For every 100€ of purchase you get 1 point = 1€. The vouchers represent a discount of up to 10% of the amount of the cart. 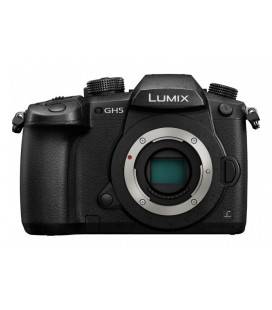 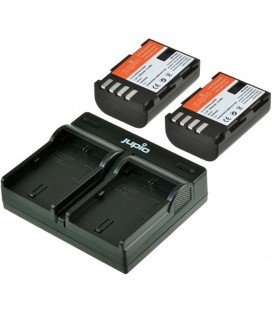 Like its predecessor, the Lumix GH5 mirrorless bets on the standard Micro Four Thirds and a new 20.3 megapixel Live MOS sensor.

Among other novelties, the new camera is resistant to frost, dust and splashes. It also features a five-axis stabilizer integrated into the camera body, a new HDMI port, Bluetooth, Wi-Fi (5GHz) and a USB 3.1 port.

The focusing system is faster, the sensor is sharper and has a five-axis stabilizer integrated into the camera body

The autofocus system is now faster than on the previous model. According to Panasonic, it is up to twice as fast. It has 225 autofocus points, compared to 49 on its predecessor, the Lumix GH4.

The new video camera is capable of recording video in 4K at 60 FPS and 1080p at 180 FPS, a level that few mirrorless cameras reach. At the same time, it introduces an integrated microphone that helps eliminate camera noise.

The GH5, unlike other cameras, allows unlimited video recording - in any of its modes. It also allows 10-bit video recording, an addition that industry professionals will appreciate compared to previous models. It is also capable of achieving ISO 25600.

The HDR video will not be an absence in the Lumix GH5, although it will arrive via a software update programmed by the company during the second half of 2017. And yes, it will be in 4K resolution.

Our opinion on the Panasonic Lumix GH5

This Panasonic camera is defined as a model without mirror, using the new Micro Four Thirds system. It has the capacity to capture a video at maximum quality of 4K 60p/ 50p, in addition to taking snapshots of 18MP with its innovative technology of the brand 6K Photo.

We are presented with a very robust body, being able to resist the elements, even reaching a resistance of -10 Degrees.

The finish is very good and the touch is right, with the joystick located in the rear area to precisely select the desired focus point.