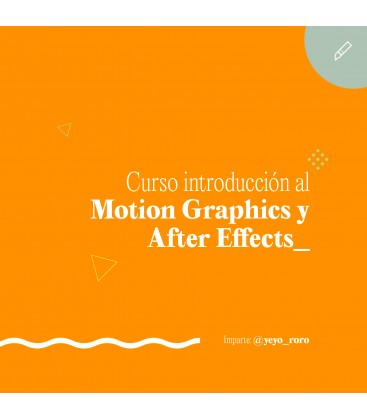 INTRODUCTION COURSE TO MOTION GRAPHICS AND AFTER EFFECTS

INTRODUCTION TO MOTION GRAPHICS AND AFTER EFFECTS

Bachelor of Fine Arts from the University of Barcelona (UB) and with a master's degree in Motion Graphics from the Bau School (Barcelona), he began his professional career in 2010, working as an animator for Double Ten Television, producer of content for Canary Television.